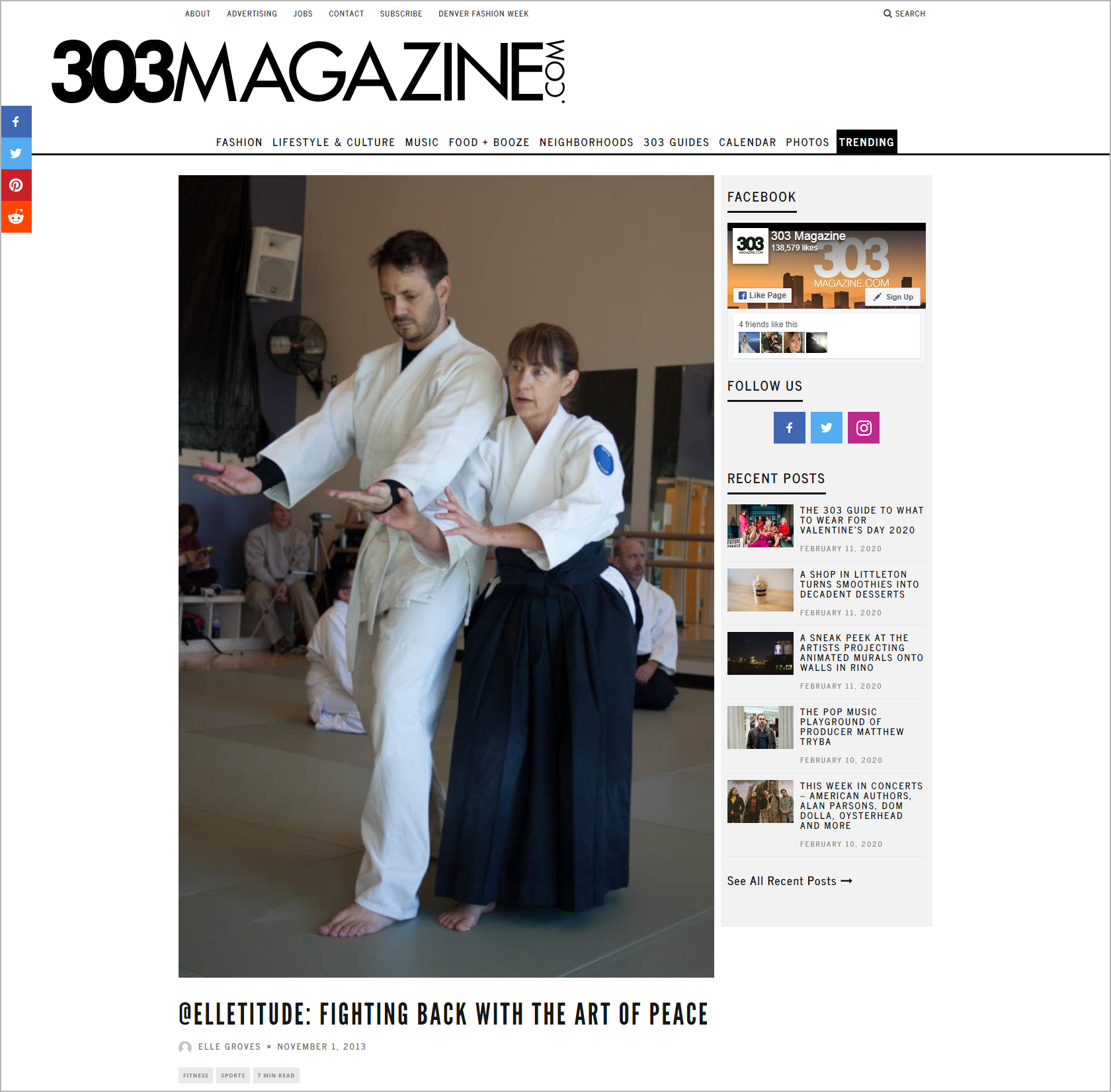 This inspiring article is an excellent introduction to some of the important benefits of training in Aikido. It describes the story of Kara Stewart, who—through her Aikido practice— found the awareness and courage to leave an abusive marriage. Students often find the practice wakes us up to the reality of our circumstances, develops a strong center, and provides positive ways of facing our challenges.

“After a few months on the mat, I started realizing there might be another reason I was drawn to Aikido, perhaps a bigger reason.”

Kara Stewart
Quoted in @elletitude: Fighting Back with The Art of Peace

“Her commitment to the practice of Aikido was changing her. The strength she found in the dojo and through her practice, reinforced by the consistency and strength of Blevins Sensei and Sempai Steveson, bled into all other aspects of her life.  “

Elle Groves (@elletitude), writing for 303 Magazine
@elletitude: Fighting Back with The Art of Peace

I encourage you to read her story for yourself. You can find the full article here: @elletitude: Fighting Back with The Art of Peace

Incidentally, Kara found Aikido in the same way I did—through the horsemanship teacher, Mark Rashid. This aspect of her story sounds very familiar.

“… Initially,  in 2006, Kara began practicing Aikido to improve her horsemanship. She had been involved with horses since she was a child and was on the path to becoming a professional horse trainer– her teacher, Mark Rashid, had begun using Aikido as an adjunct to his own horsemanship and the way he taught his students. According to Kara, tenets in Aikido like focus, breath, redirecting energy, intent and consistency are similarly important in the study of horsemanship in terms of creating mutually respectful bonds and relationships with horses. After Kara’s first class, she knew that she would be practicing Aikido for life.”

Elle Groves (@elletitude), writing for 303 Magazine
@elletitude: Fighting Back with The Art of Peace