These posts are some of my personal favorites. In them I share some of the most important moments in my training, and major turning points in my life on and off the mat.

How I got here – my background before Aikido, and the long path to the dojo door. I wrote this post when I’d been training almost a month.

About breaking through the heavy wall of not-feeling and disembodiment I had spent a lifetime building around myself, and seeing for the first time the vast open space and freedom beyond it.

About a vivid dream I had early on, one that made it clear that there would be no turning back from the path of Aikido.

The kanji on my jo (the straight wooden training weapon) says “a dream that comes true,” or “a good dream.” This is a look back at that dream from early in my training, and realizing just how true it had become. This is the post where I couldn’t walk (pinched nerve in my hip), and then I could. It’s about how different the world of Aikido is from the world of ordinary being.

A post about one of many almost eerie experiences where Sensei taught exactly what I needed to learn. In this case, I learned about self-discipline, and how it needn’t be the serious drudgery I’d always assumed it to be. I should re-read this one more often.

Some memories of my sister, Cindy, and thoughts about how we as a society might deal better with addiction and alcoholism.

A letter to O-Sensei, the founder of Aikido, on the day of my shodan (black belt) exam. 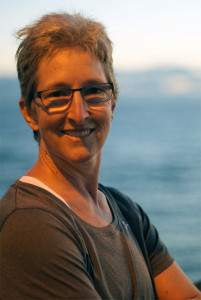