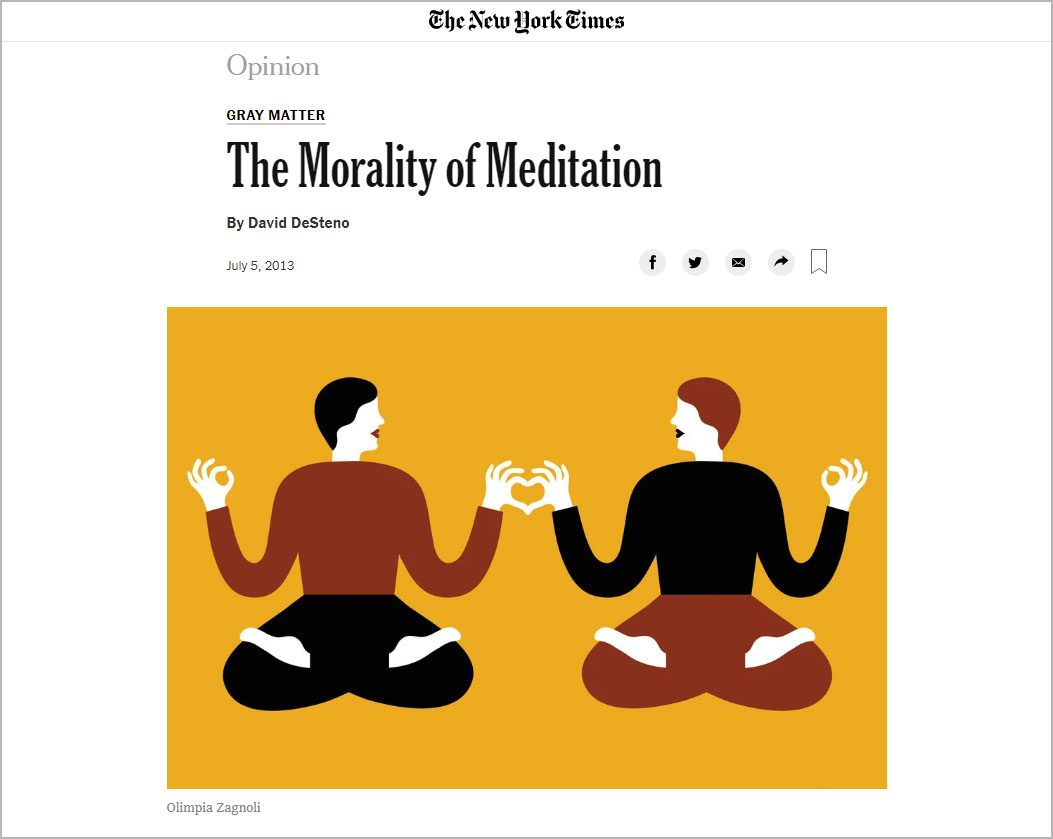 Aikido is often seen as a form of moving meditation, an embodied practice in partnership with others. As such, this and similar research could point to personal and societal benefits of training, including coming to see ourselves and not separate from others.

“As Buddha himself said, “I teach one thing and one only: that is, suffering and the end of suffering.” For Buddha, as for many modern spiritual leaders, the goal of meditation was as simple as that. The heightened control of the mind that meditation offers was supposed to help its practitioners see the world in a new and more compassionate way, allowing them to break free from the categorizations (us/them, self/other) that commonly divide people from one another.”

David DeSteno
The Morality of Meditation, an opinion piece in the New York Times

DeSteno, a professor of psychology at Northeastern University, discusses his lab’s research that supports the idea that people who engage in meditation are significantly more likely to behave in empathetic, compassionate ways toward others. He explains the research methodology and findings, then considers possible explanations for the observed results.

“My favored explanation, though, derives from a different aspect of meditation: its ability to foster a view that all beings are interconnected. The psychologist Piercarlo Valdesolo and I have found that any marker of affiliation between two people, even something as subtle as tapping their hands together in synchrony, causes them to feel more compassion for each other when distressed. The increased compassion of meditators, then, might stem directly from meditation’s ability to dissolve the artificial social distinctions — ethnicity, religion, ideology and the like — that divide us. “

David DeSteno
The Morality of Meditation, an opinion piece in the New York Times

The practice of Aikido, which often incorporates meditation, and is a form of moving meditation itself, is not about fighting, it about becoming a more loving, less fearful person, and seeing the connection between ourselves and others, even those who attack us.

I encourage you to read the complete article: The Morality of Meditation.