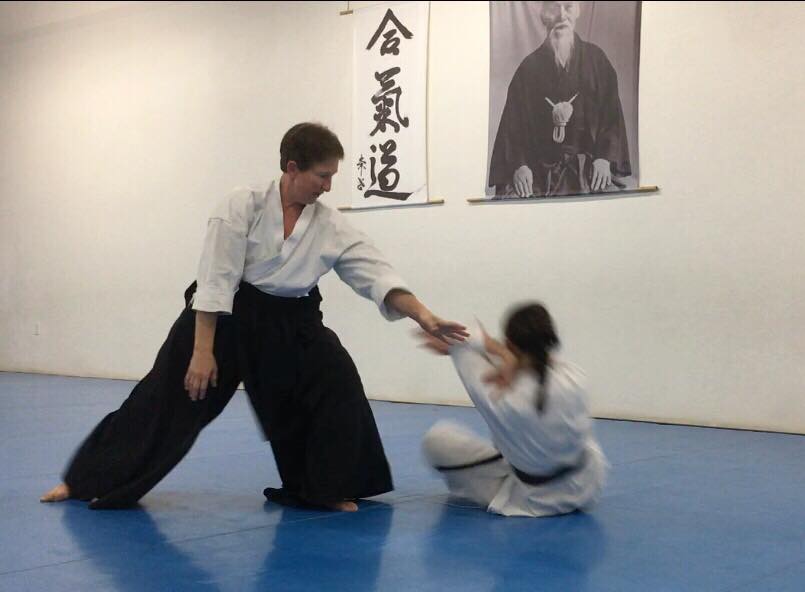 What a relief to have that behind me! It wasn’t good, but it is over.

It has been an intense and scattered couple of months. I’ve been training, and working regularly with senior students to prepare for my test, but I’ve lacked energy and focus. Between sporadic work and big personal projects, alarming political news, terrible firestorms, focusing on other people’s exams, prepping food for a potluck, dealing with a few minor injuries and illnesses of my own, and being concerned for a very sick friend, plus keeping up with all the usual chores, it’s been… Unsettling. Distracted. Hard. Whatever I was doing at any moment, it seemed I should be doing some other thing instead. I over committed in a few areas, got overwhelmed, and ground to a halt. My eating and workout habits went to hell, and just staying caught up on normal things was a struggle.

Then during the past week I was starting to feel like I was getting it together. I found some new jeans that actually fit, so replaced the old ones with the hems walked off and the threadbare seams. I started a fun, smart fitness support group online. I did some work I’d been putting off. Things were looking better.

Then yesterday I checked my calendar: “Acck! My pretest is tomorrow!” My gut tied itself into a knot. I thought I might actually throw up. Or cry. Or both at once. It was like one of those nightmares about finals week. I was not ready at all, and 24 hours was not enough time to get ready. I didn’t even have training partners lined up to be there! It’s not like it hasn’t been on the calendar for weeks – it has. I’ve just been paying attention to other things and the reality of the date being upon me hadn’t quite sunk in.

I dropped everything and got after it. I studied, which I haven’t done in ages. I watched my shodan exam video, and read my training notes. I deliberately took care to manipulate my physical, mental, and emotional states so I’d be on top of my game, such as it was. On the way to the dojo for classes yesterday I got my filthy car washed – the good $12 super wash, even. Everything feels easier when your car is clean. And I lucked out – the second instructor last night covered some of the techniques I most needed to work on.

Today I wrapped up work at noon, shut out the world (mostly), and studied some more. I organized in my mind (and in a Google Sheet) some techniques I could do in each section of the test. I refreshed my memory of a few techniques in detail, but had to entirely leave many for another day. 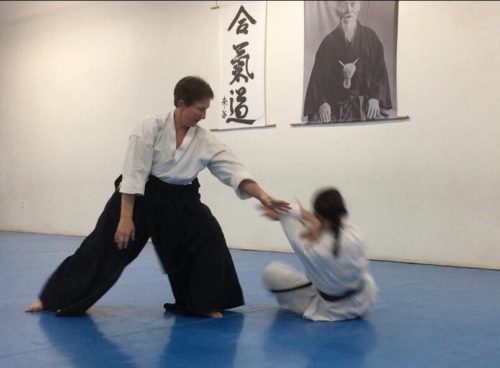 There were awful parts of tonight’s pretest, for sure. Mostly awful, really. Forgotten techniques, poor form, … I have no memory whatsoever for how the weapons partner practices go. They make sense when I work on them, and sometimes I can do them pretty well, but they don’t stick. (Sorry… stick pun not intended.) And kaeshi-waza (reversals)? Uggh! In that sense it was pretty disastrous. And I’m not just being humble. Seriously. As Mark Rashid might say, “Now you know how not to do it!” Indeed.

Thank goodness my exam isn’t for another two months. I’ll need every moment to get to where I need to be by February 18th, 2018. But now I have a much better idea of where I’m headed, and a road map for how to get there. While I’m mortified by tonight’s performance, I’m hopeful about being able to improve significantly on it. 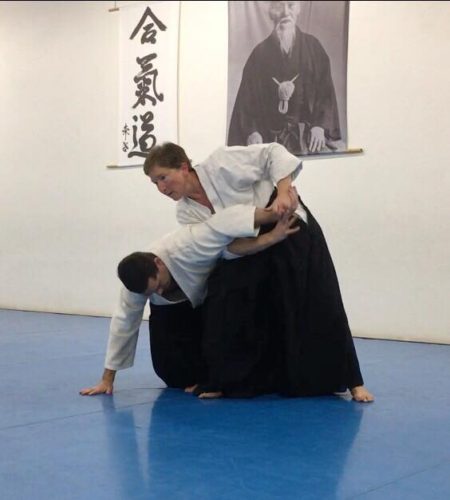 The structure of the test – the order of things, how to approach each section – has been very fuzzy in my mind, which has made training in earnest challenging. My understanding of how it all should flow is very clear now, and I feel like the ground under my feet is more solid, so I can really dig in and get some good traction. I’m seeing the whole box-cover image for a jigsaw puzzle I’ve been working on in bits and pieces.

I know I’ve come a long way on a few qualities and habits I’ve been working on in training. I haven’t watched the video yet, but I had some specific goals for myself, and I think I improved quite a lot on those. Plenty more room for further improvement, of course.

And I’m very happy to have managed nearly everything around the pretest successfully. I often find myself floundering to get things done at the last minute, which puts me in a frazzled state of mind. Not this time. Here are some of the things I did right:

I had more energy and felt stronger and more focused tonight than I have in a long time. There’s lots more I could do, but those things all made a big difference today. It may not have been apparent to anyone else, but I felt the best I’ve felt in a while, in spite of being stressed out. I’m sure I’ll be adding to the list for next time.

Meanwhile, I’m exhausted, but energized and encouraged. Ready to get to work on more nidan exam prep. Well, tomorrow anyway. Maybe in the morning I’ll even wash all the dishes I’ve been ignoring in the sink. For now, I’m going to bed.