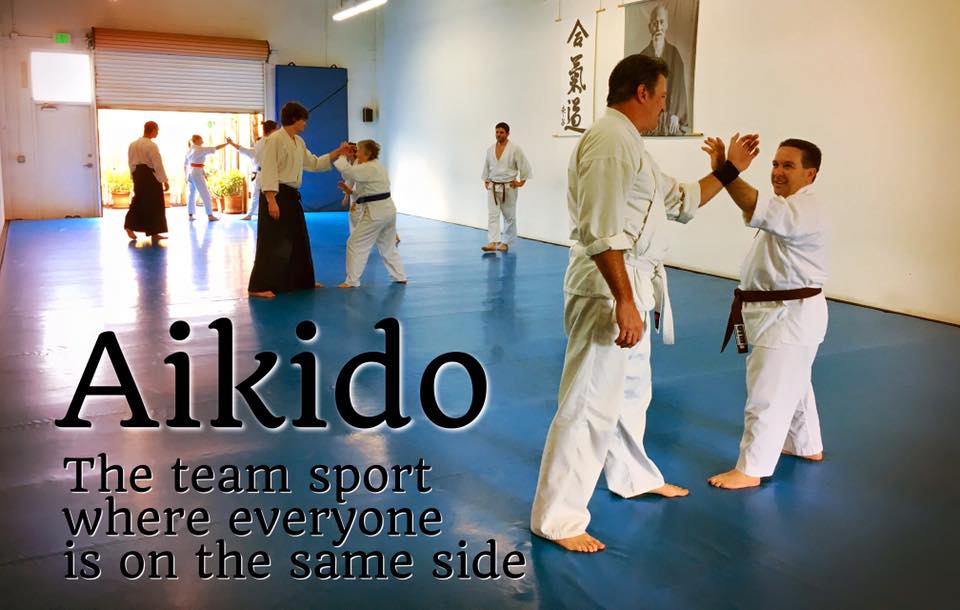 This month’s posts are part of a series of 26 posts, Aikido from A to Z, one for each letter of the alphabet, that I am writing during the Blogging from A to Z Challenge, April 2016. You can find all the posts, as they are published throughout the month, by following the A-to-Z April 2016 tag.

Since the A-to-Z Challenge takes Sundays off, here’s a nice thought to keep you going until Monday.

A friend recently referred to Aikido as a “sport.” I don’t consider it a sport. There’s no competition, we don’t play against anyone, there’s no winning or losing – plus there’s a strong philosophical side to the art. But it does involve vigorous physical activity – getting sweaty and out of breath. It teaches us to use our bodies well, and to take care of them. So it’s kind of like a sport in some ways.  Then this idea came to mind: “Aikido – The team sport where everyone is on the same side.”