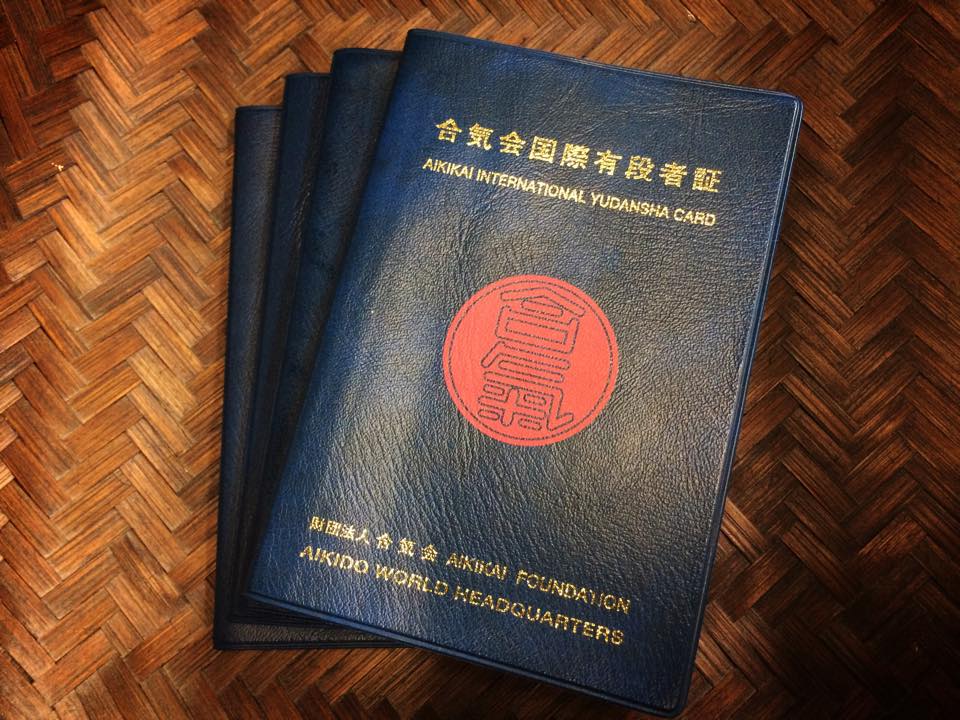 This month’s posts are part of a series of 26 posts, Aikido from A to Z, one for each letter of the alphabet, that I am writing during the Blogging from A to Z Challenge, April 2016. You can find all the posts, as they are published throughout the month, by following the A-to-Z April 2016 tag.

Since the A-to-Z Challenge takes Sundays off, here’s a little extra something about testing and rank, which we discussed yesterday.

In many Aikido schools, when you you reach the black belt level you become a yundansha.  In addition to getting your black belt, you will receive a small book similar to a passport. These are called “yudansha books,” or sometimes “passbooks.” Throughout the rest of your training you will record the seminars you have attended; the instructors will sign your book. Each time you test for higher black belt ranks, your instructor will send your book to Japan, where your new rank is officially recorded in the book and in your record at Aikikai World Headquarters.